Every now and again I need to connect with my ˜woo woo’ side just to keep everything in balance.  We set off from Kent on a Sunday afternoon, and arrived at the hotel which we had researched on Trip Adviser, we were looking forward to our Executive room.  We got to the room and it was like the black hole, ground floor looking at a wall, we put the light on and it made no difference, I marched to reception and made a complaint, the manager came and upgraded us to the best suite in the hotel (ha ha) it pays to complain! 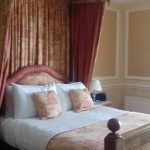 On the advice of Trip Adviser we went for dinner to an Indian Street Food restaurant, 5* rating, Martin has been to India many times and said he had never seen food like this, it was ok, extremely overpriced, in fact would have fed a family in India for a month with the amount of money it cost. I am beginning to lose faith in Trip Adviser!  We had walked miles and were unsure where we were in distance to the hotel, so went to the taxi rank, the driver tutted when we said where we were going, apparently a train was due in and we were not going far so WE had made him lose a decent fare. He had waited in the queue to be at the front for an hour, now he was taking us on a £6 drive, he was not happy, however, it was funny as he sounded like he had been educated at Eton, the poshest taxi driver we had ever met, shame he was a dick head.

The next day we went to Glastonbury, I have been here many times before but decided I wanted to buy a diva friend as a companion to the one I already have.  Here she is, I love her! 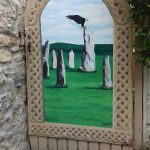 From here we went to Avebury just in time for a guided tour of the stones, we were in a nice little group, then it happened, the fluffy question asker joined us, at every point she compared the stones to the Egyptian pyramids, (yes because they are nearly the same (not)) Christ she got on my nerves, I said to Martin I bet she is just back from Egypt,  sure enough she could not wait to announce she was just back from Egypt, I mentioned to the nice lady standing next to me, what an arsehole the annoying lady was, I did not realise they had come together and were friends, oops.. We went to a stone called the Devils Seat, of course she sat in it and had an ‘experience’ yes of course she did. “Can I share what I felt” she said, the guide ignored her and we walked on, the next thing she was crying with emotion, probably because no one was taking notice of her.  It was entertaining to say the least. Because of her, the one hour tour took 2, it does get to a point when you have seen one rock you have seen enough. The wishing tree was beautiful with all the ribbons blowing in the wind, and we had the privilege of standing in the newly found spot where they have found a new set of stones under the earth which are in a square, excavation starts at the end of the month. This stone (below) is the point where they will start digging, apparently they are expecting a big historical discovery. 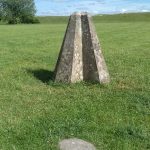 We had been out for 10 hours and feeling knackered, we made our way back to the hotel, quick change and out to a beautiful Lebanese Restaurant. 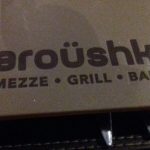 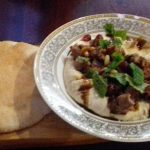 The next day we spent in Salisbury, we went to the Cathedral but at £7 each I refused to go in, I won’t give the church a penny, but the place is lovely as you walk around the grounds.  The following day we picked up Grandma as it was her birthday, she lives about an hour from Salisbury, we took her on a mystery tour, our destination was the Bombay Sapphire Gin Distillery, we had a lovely day here, the weather was glorious and to finish off, a gin cocktail to die for. Phew we did fit in a lot in 4 days, but a change is as good as a rest, now raring to go with preparation for the conference, clients, meditation groups and private tuition. 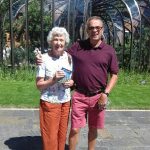 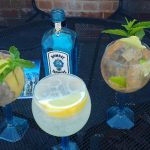 One thought on “The Arnold’s go to .. Salisbury”